The International Coffee Organisation have come forth with their latest cumulative world export figures, with exports for the month of April at a lower month on month 8,773,899 bags or 11.67% lower than the same month in the previous year. The cumulative export figures for the first seven months of this October 2011 to September 2012 coffee year at a 4.03% decline over the same seven months of the previous year and a cumulative total at 60,299,421 bags. The decline in cumulative exports over the period mostly attributed to a lower export performance from the smaller biennial Brazil crop year, and a difference of 3,346,448 bags lower exports for this period than the previous larger crop year, as has Colombia registered exports that are 1,134,238 bags less than the same seven months of the previous coffee year. The net result thus far for the grouped baskets of quality shows a decline in exports of washed Arabica coffees by 4.11% at 19,796,341 bags, a decline in exports of natural Arabica coffees by 13.70% at 17,814,238 bags. 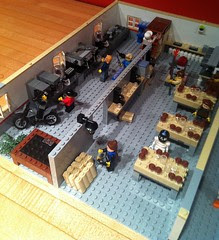 While harvest of the new larger crop to come from Indonesia (only 30% in their production is Arabica) is underway and anticipated to peak in June, exports from the largest coffee producing island of Sumatra remain relatively low. One might expect that the coming months will see these exports start to increase and port arrivals are reported to be on the rise, although the internal and relatively informal market has a capacity to alter the field of play at short notice, with coffee often used as cash and as a hedge against the Rupiah exchange rate. There is likewise growing domestic consumption and demand to provide a degree of buoyancy and internal price competition, thus some uncertainty as to the continually fluctuating sentiments within the domestic market and ahead of neighbouring new crop to come from Vietnam.

The Brazilian dockworkers’ strike has been resolved at the key port of Santos and ended yesterday after a one day stoppage, the port resumed loading on Wednesday evening.

The certified washed arabica coffee stocks held against the New York market increased by 2,981 bags yesterday, to see these stocks registered at 1,550,419 bags. There was a decrease by 2,520 bags in the number of bags pending grading for the exchange, which were registered at 33,221 bags.

Posted by Warren Machanik at 06:03