Coffee culture is there such a thing?

Many South Africans refer back to the European culture when talking about coffee. This is a little confusing, seem as most of Europe's current culture has most of its heritage dictate by family started business, that started in the early 1900s and after the first war. So this heritage is not the most steeped (no pun intended) in history. 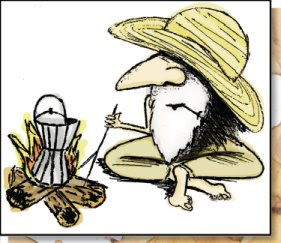 American consumption had started to catch up to the European, due to the Americans become more involved in the Central and South American trade routes. That said the American still drank less per capita than Germany, Sweden, Norway and Finland. The Southern European countries of France, Italy, Portugal and Spanish that were getting limited high quality Arabica, had learnt that roasting Robusta to a dark or vary dark level reduced the bitter taste in the Robusta. The farther South the darker the roast was. In Northern Italy the roasts where moderate in Rome, they where darked but no where near as dark as the near charcoal roasts found in Naples and further South.

Drip method predominated the coffee brew until around the mid 1920s. In response to the growing need for "instant" coffee Luigi Bezzera (not even listed in Wiki, so that is how much his name has been lost) invented the first commercial espresso machine. His patent was purchased by Desiderio Pavoni, who along with other Italian inventors like Teresio Arduino the espresso machine had started to take a steady foot hold in Europe, its progress almost stumbled in WW1. By 1930 most coffee house in Europe had adopted the espresso machine, and they could be found even in Italian restaurants in the US. This dominance has persisted since then. The one reason is that lower quality coffees still produce an acceptable brew (to some people not us).

Until WW1, most people still roasted coffee at home. But slowly the family run roasters started following the American example of advertising and branding, and convincing the housewife they had better things to do besides roasting coffee. Here are some of the family legacy's:

Like many urban legends coffee culture is not homogeneous in Europe. An Italian, French or Portuguese roast is a fictional concept. In fact the depending on where in each country you are based your roast can be from a light city to charcoal. Just like other parts of the world coffee culture is specific to the person drinking it, and the way the were introduced to it. Bibliography: wiki and Uncommon grounds
Posted by Warren Machanik at 02:30